These past couple of months have had its fair amount of high’s and lows, some I will explain and some I won’t dwell on for too long.

First of all, I will get the sad part out of the way. Sharron, my lovely wife, lost her father a few weeks back. Of course, we were all devastated by the news, but he passed peacefully, with Sharron and her two brothers at his side. Then we received word that her uncle had also passed away, just 6 hours after her dad. As you can imagine, this has shattered her world. As I said, I’m not going to dwell on it, but these things happen. You just don’t expect them to happen so close to one another. 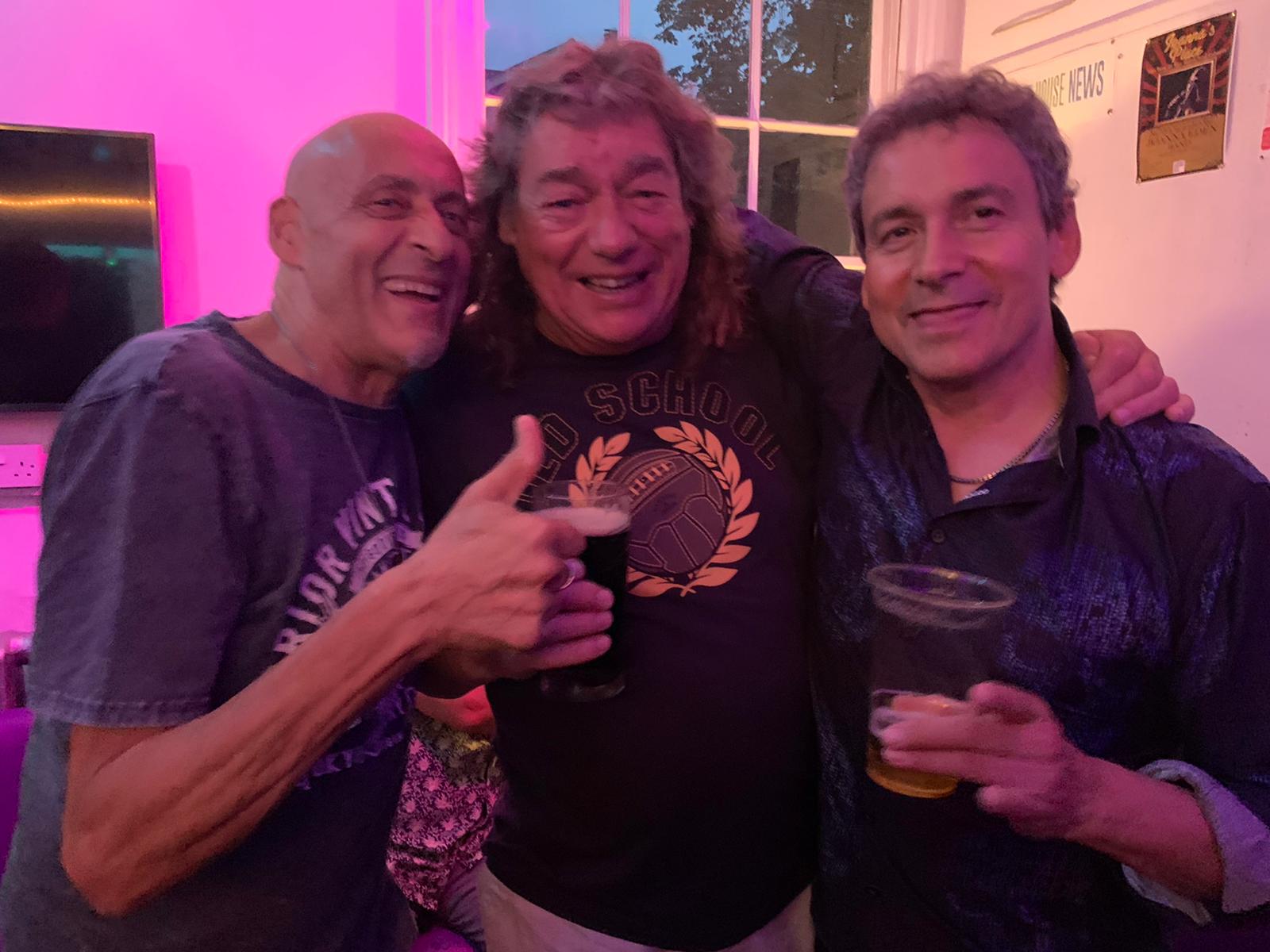 On a brighter note, I was invited to attend Dennis Stratton’s 40th anniversary of the release of Iron Maiden, which actually turned out to be more like a version of ‘This is your Life’ without Eamonn Andrews. This was a great event and really well organised, with lots of guests that were good old friends of mine too. It was great to see Terry Murphy, who used to run the Bridgehouse in Canning Town, and his son Glenn (London’s Burning fame). His sidekick for many years, Dave Edwards was there, along with Mimi Burr, Linda Harris, Doug Hall, Tino and Chris Troy, and several others that helped to make this a great event. I was asked to do a video for the event, and after a couple of weeks of thinking about what to say, I finally did a short video, which was shown on the day. But the other video contributors included, blew me away. The ones I can remember are :- Cass Pennant, Tony Cottee, Sir Geoff Hurst, Trevor Brooking and Ray Winstone, who are all West Ham legends (in my opinion) and of course Dave Lights.

Lately I’ve been spreading my wings, and have started a new adventure, book editing. This started with Antonio Biggio, a good friend. He did the translation for my Loopyworld book, and ultimately found an Italian publisher to take the book on. In return, I offered to help him with his book, but not translate it. My Italian goes as far as ciao, and I’m not even sure if I’ve spelt that right. No, my job was slightly easier than that.

I had to translate the English he had received, into English that people could understand. It wasn’t the translators fault. I’m sure she spoke, read and wrote English perfectly, but apparently she has never been here, so never picked up on slang’s, dialect etc. Anyway, to cut a long story a bit shorter, Antonio’s publisher liked the work so much that I was then offered a second book, which I completed last week and now have another one to do in November. Once the English editions are released, links to these books will be added to my website, but for the curious amongst you, the books are Eddie Must Die, by Antonio Biggio and Blue Mind by Simona de Pinto.

Other things going on in the background are, for instance, my book Loopyworld-The Iron Maiden Years which is now being translated into at least 3 languages, Italian, German and Finnish. I say at least, because a lot of people offered to help, but these are the only 3 countries that I have had any positive response from. I am looking for volunteers to translate my Loopyworld book, and also publishers with an interest in those countries. Apart from English, Italian, German and Finnish, all countries and languages are welcome. There can be benefits from helping me, but these can be discussed privately. Email me here if you are interested in working hard for little reward. 😀

Hope I haven’t bored you too much. Ha ha ha!

See you next time