Well, here we are again after two really successful trips to Italy, which saw the release of the Italian edition of Loopyworld, and the subsequent rise to number one in the Amazon heavy metal book chart. I can’t thank Max and his team at Tsunami enough for everything they have done and are still doing. To get a review in the Italian Rolling Stone Magazine is just beyond amazing. The review can be found here . 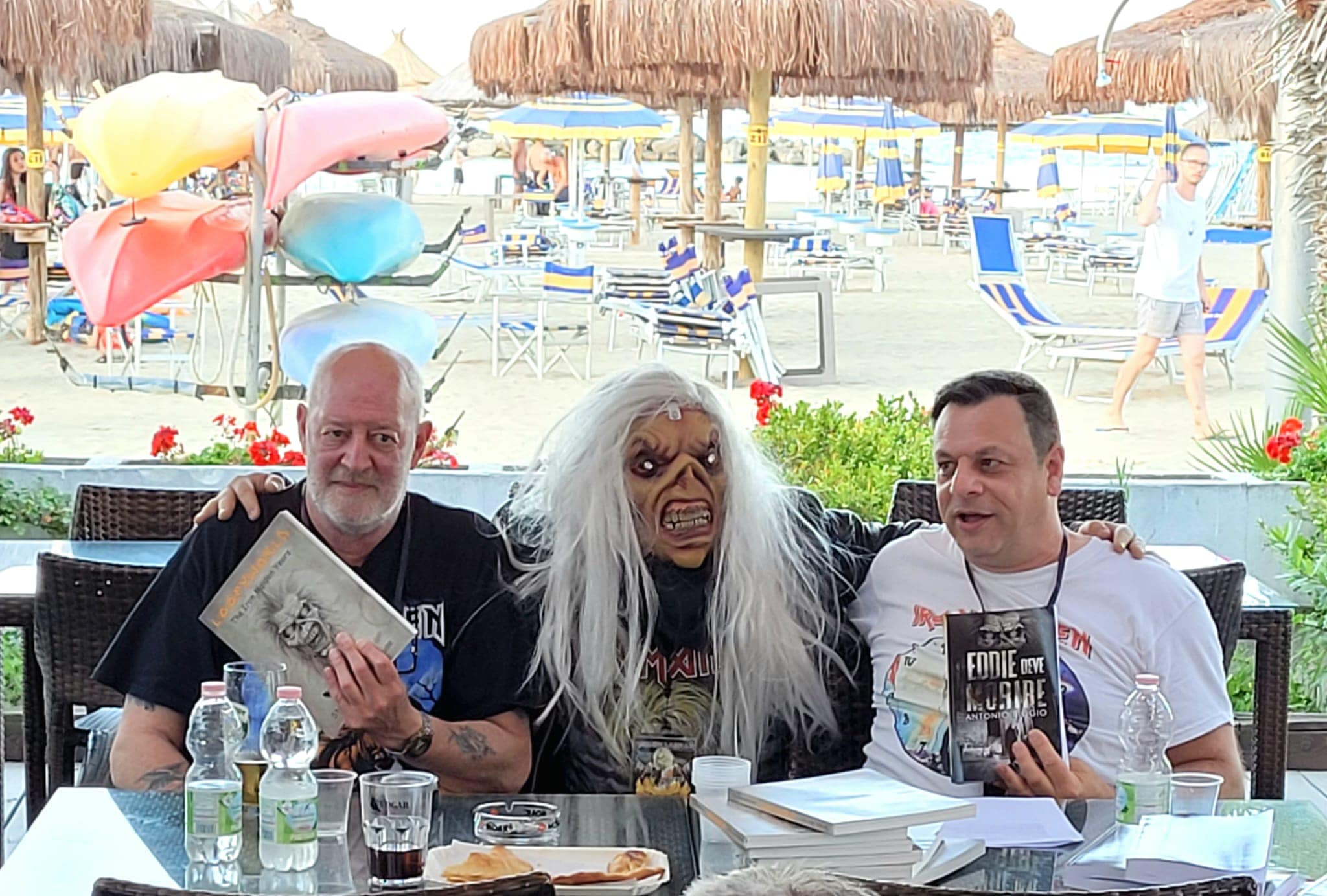 The first stop was a beautiful seaside resort called Pescara, where I met a fantastic bunch of people, including the local judge, who just happened to be the guitarist playing Dave Murray in the band Maiden Division, Massimo Mars Murray. He organised the whole thing, with my old mate Dennis Stratton joining his band on stage. Pescara is a fairly small town, but the event brought every metal head from miles around to the beach for the evening. It was a real blast.

Next stop was Bologna, and having spent two painful hours on a Ryanair seat, I flew into Pisa and was picked up by my good buddy Antonio Biggio, and driven the rest of the way. The one thing that stood out, above everything else, was every chair I sat on was rock hard. Even the bed was solid. 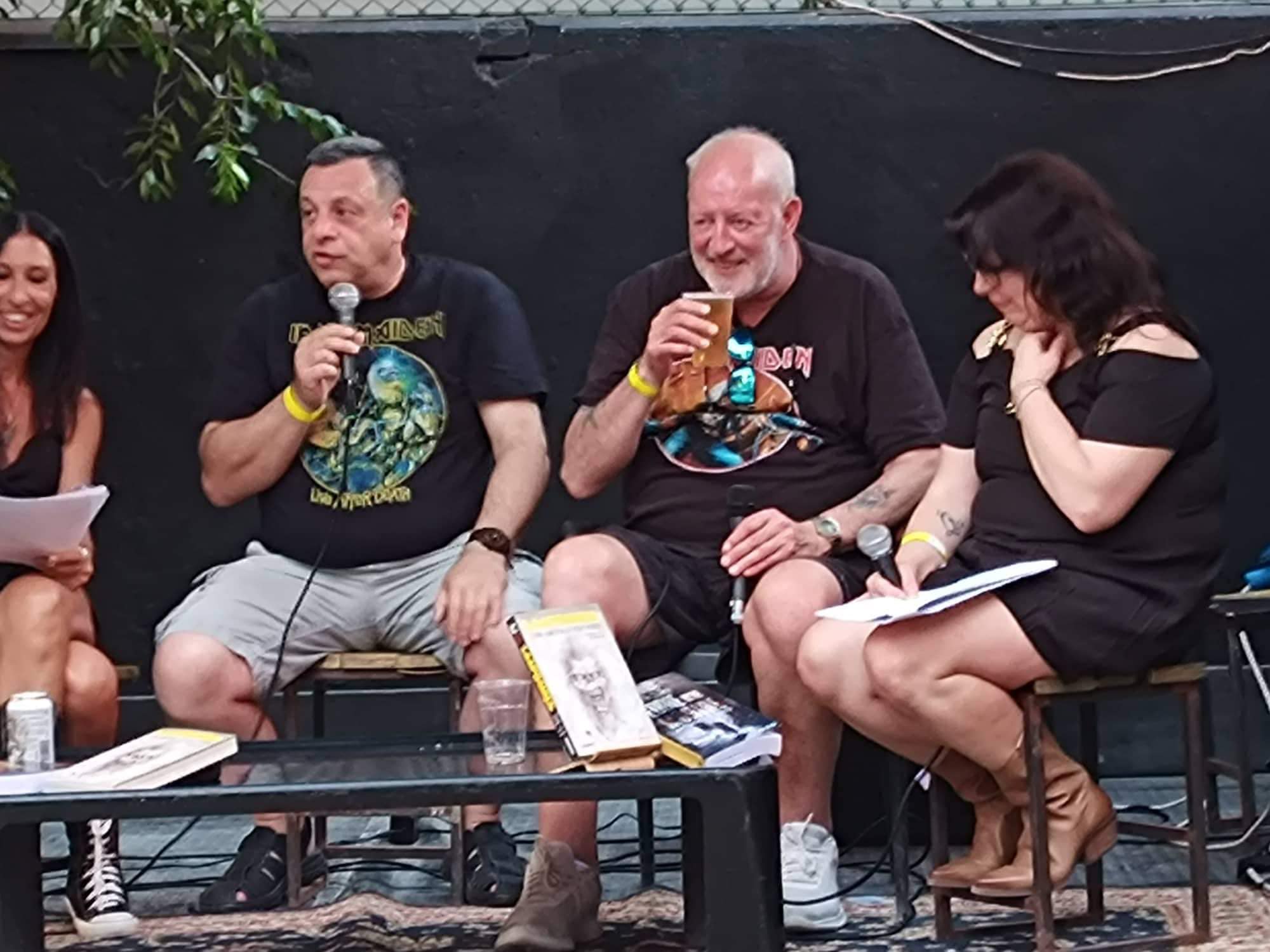 The book event was recorded, and again, I met some great people, including Max and Eugenio from the publishers Tsunami Edizioni, and my interviewers, Mariolina, Patrizia and Miki (Michela). We also met up with my buddy from down under, Kaz Taghian who had flown in from his London base, for the show the following night, and by now, we all know what happened there. Personally, I have never seen a storm like it, and I’m not surprised the show got pulled.

So, next stop on my whirlwind tour takes me to Helsinki, and who knows what the future will bring. My itinerary shows lots of interviews, TV work, and more fun with Dennis Stratton. The event will take place at the Rock Bear, Vantaa on Saturday 23/07/2022. Come along and say hello if you’re in the area. I don’t bite…mostly. 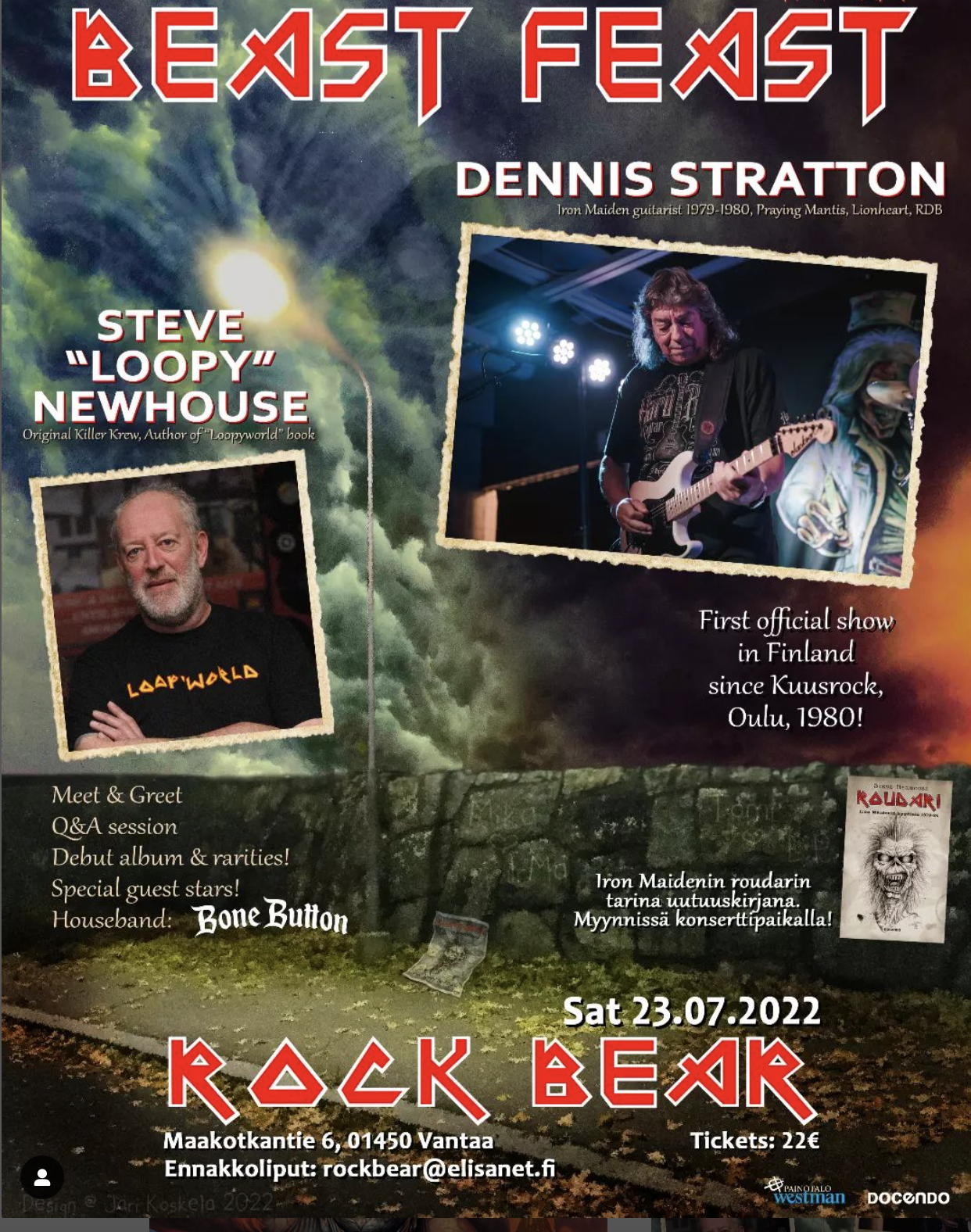