Hi guys, it’s been a while.

It’s been a little busy over the last couple of months, so here’s just a few things that have kept me entertained.

My good friend Antonio Biggio has written a fascinating murder/mystery book called Eddie Must Die. Yes, that Eddie! The initial story is written in Italian, but there will be an English version, hopefully released in August this year (2021). And that’s where I come in. The book is being translated into English by someone who can read and write English, but has never been here, so it’s been my job to tweak the book into something that the we can all understand. And that is no disrespect to the young lady involved, as she is learning from the experience as well. If you want to know more, here is the info from the back cover.

Iron Maiden are about to play in front of a sold-out crowd. This engagement is crucial for the band, who have just changed their lead singer and try to face the protests against their latest album, The Number of the Beast, accused with links to Satanism. A tragedy is round the corner: Liam and Rose, who belong to a Catholic sect, are also there, stuffed with enough explosive C4 to cause a terrible massacre.
Six weeks before, a journalist called Luke Wilkinson, is found dead on the banks of the Thames. The first to arrive is Detective Andrew Briggs, who immediately recognises the corpse: they were best friends at school, and Luke’s sister, Hannah, was once his girlfriend. Everything found at the scene leads to a suicide, but Andrew does not agree. He is gifted with extraordinary intuition, but because of his distraction at work, and due to his desire to become a professional singer, the case is assigned to another detective.
Despite everything, Andrew decides to investigate on his own, but the deeper he digs, the more complicated the mosaic becomes.
What is the relationship between Luke’s death and the two terrorists?
In a turn of events, intertwined with past and present on the London-Unites States axis, this becomes much more than a simple murder or a terrorist attack: a capillary, worldwide organisation orchestrated by a blind, disfigured billionaire and a ruthless, determined priest.
Iron Maiden will be the key to unravel the mystery, but how?

I hope that get’s your juices flowing. The Italian version is released on June 23rd 2021, and the English version will follow. I’ll let you know here. 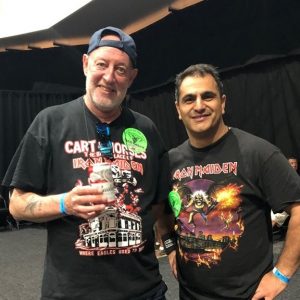 After a break of far too long, I’m back with Kaz on the podcast ‘Satellite 664’, and we are recording again on Sunday 13th June, and it should be a good one, as it’s Q & A time, and only Kaz knows the questions, although I did take a peak, but don’t tell him that.

A lot of people have been asking me if I will write a follow up to the Loopyworld book, and the simple answer is yes. But it will be based on what happened next and some of the amazing people I met along the way. And then the story turns back to Maiden. With a different tale to tell and more unseen photos, I’m sure you will enjoy it. Stay tuned on here for more information.

I’ve had to do several interviews recently, and still find it a bit crazy that I’m in this position. I was a roadie FFS. But I suppose, I was a roadie that did a book about a popular heavy metal band and, well as I said, I still find it crazy. Anyway, I’ve recently been chatting with Alex from the fan club, a young lady from ITV and an Austrian metal magazine, doing a Maiden special. And, because I have books coming out in certain countries, various promotional events are being arranged, but I will tell you more when I find out. 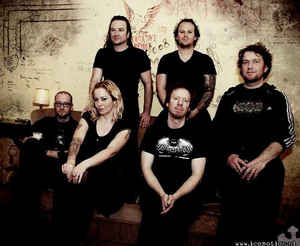 And then there’s Maiden United’s show in Tilburg, Feb 11th 2023, which I have been asked to make an appearance and talk about 1980. I might have to take my book, to help remind me.

All I have to do now is work out which British Lion shows I can attend.